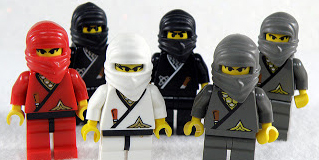 A Q & A with Claire Battershill, Author of  The Collective Name for Ninjas

On August 22, 2013, PEN International announced its inaugural New Voices Award shortlist. Claire Battershill, author of “The Collective Name for Ninjas,” was shortlisted for the award and has been invited to read her work at the 79th annual PEN International Congress in Reykjavík. We caught up with her for a conversation about reading, writing, and her work.

PC: Lorrie Moore’s memorable advice to aspiring writers is “first, try to be something, anything, else.” Did you come to fiction gradually, or was it inevitable?

CB: Moore suggests, in her tongue-in-cheek way, that writers should try and fail at something while they’re young, ideally before the age of fourteen. For me that actually did happen, and the thing was music. I started playing piano when I was five and I absolutely loved it. I did festivals and the whole conservatory thing and it was  a big part of my growing up. Then, when I was fourteen a tap seemed to turn off, the fun went out of it, and I quit. I felt perhaps an exaggerated sense of loss when I stopped loving piano, of the kind she suggests is necessary in order to write mournful haikus. Around the time I stopped playing music, I started writing pantoums and villanelles and sonnets that didn’t scan. All the things she says!

PC: William Gass has written that “the short story is not a character sketch, a mouse trap, an epiphany, a slice of suburban life. It is the flowering of a symbol centre. It is a poem grafted onto sturdier stock”. Do you agree?

CB: I like the idea of thinking about short fiction and poetry together, definitely. I still feel like a poet and that’s the genre I began by writing (see elegies about arpeggios, above). But I’d say a short story can be whatever you want as long as it gives the reader that ineffable feeling that it works. Some stories probably are epiphanies. So are some poems. A story might even be a character’s epiphany about a suburban mouse trap.

PC: You have already won a prominent literary prize in Canada — the 2008 CBC Literary Award for Short Fiction— how did that help to bring your work to a wider audience?

CB: Because the story was featured in EnRoute, the Air Canada magazine, a number of people read it on the plane. I got a couple of spontaneous emails from readers after that, which was lovely. There were also a few articles and interviews in different papers and on the radio and that kind of thing about the prize, including a University of Toronto magazine feature that involved a photoshoot of me posing with a clown. Following that prize, also, I received expressions of interest from publishers and agents in reading a manuscript. On a material level, I bought a writing desk with some of the prize money, and wrote some of the other stories in the collection at that desk. Not quite Virginia Woolf’s room of one’s own, but a surface of one’s own.

PC: What is the last collection of short stories that filled you with envy? Why?

CB: I’ve never quite felt enthusiasm for other writers’ work in the form of envy, I wouldn’t say. If I love a collection I am just delighted, and then maybe I’ll try and take it apart later and figure out how it’s done. I recently finished Russell Wangersky’s Whirl Away, which is truly fine, careful writing, full of precise images. There’s a great story in there about a lonely man caring for a hideous green roller-coaster that really won me over. Then George Saunders, The Tenth of December. He has such a good heart and is stylistically masterful. He’s also super amazing at teenage girl characters. Stephen Millhauser’s We, Others, too, which is a career’s worth of stories, is astonishing. Beautiful, funny, smart: all the good things. The one about Sinbad. Read that one first.

PC: Do you think of yourself as a novelist writing short stories, as a short story writer gearing up for novels, or simply as a writer of fiction?

Genres, especially early in a writer’s career it seems to me, are things you can try on, like hats. Some will suit you, others won’t, but you don’t know until you’ve put it on your head.

CB: I think I’d tick the “simply a writer” box. I like different things about working in all three of the genres I’ve tried: poetry, short fiction, and academic criticism. Generally I don’t like thinking of the short story as an apprentice genre for the novel. The art of making something small feel finished is just a different art, I think, from the art of giving the reader a whole novel-sized world. Genres, especially early in a writer’s career it seems to me, are things you can try on, like hats. Some will suit you, others won’t, but you don’t know until you’ve put it on your head. If it doesn’t work, there’s nothing much lost, but best not to go out in public with it. Or, if you’re me, eager to try all manner of haberdashery, you might think it’s a good idea at the time and then regret it later when it’s visited upon you by the resurfacing of an unflattering photograph. Or Google.

PC: Have you ever felt that one of your stories wanted to grow into a novel?

CB: No, I don’t think so. I’m at the very beginning of a novel now, but it’s the first time I’ve tried and it didn’t start small. I think longer things require a lot more planning, and, for me at least, they seem to go much better if you have some sense of structure from the start, even if it shifts as you go along. I think if a short story wants to be a novel it should probably not be a short story. As a reader if I detect that striving it leaves me wanting more, whereas a true short story can be a single sentence or paragraph, as Lydia Davis shows so skillfully in her work, and seem entirely complete.

PC: If you could only keep three short stories with you on a desert island, which would they be?