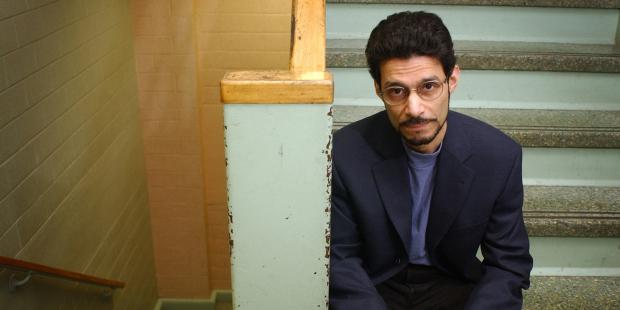 On Sept. 14, 2010, student members of the Hindu nationalist group, Shiv Sena, burned copies of Rohinton Mistry’s novel Such a Long Journey. The following day, the University of Mumbai withdrew the novel from the second-year reading list of the Bachelor of Arts program. The Shiv Sena protest, and the university’s response led to counter protests from faculty, students, and the literary community in India and elsewhere.

On Oct. 20, 2010 PEN Canada called on the University of Mumbai to re-evaluate its commitment to academic freedom and reverse its decision to remove Such a Long Journey from the syllabus. On the same day, Rohinton Mistry published the following letter.

Oh, what a sorry book-burning spectacle

The Shiv Sena’s student wing complains to the Vice-Chancellor of Mumbai University that it is offended by the novel Such a Long Journey. Copies are burned at the university gates. Needless to say, no one has actually read the book. The mob leader, speaking in Hindi to a television camera, says: The author, Mistry, is lucky he lives in Canada – if he were here, we would burn him as well. The mob demands the book’s removal, within 24 hours, from the syllabus. The Vice-Chancellor obliges.

All this happened in September. Subsequently, the Shiv Sena (a right-wing party with parochial beginnings, fascist leanings and national aspirations) sent fulsome congratulations to the Vice-Chancellor on his prompt and wise decision. Students and faculty begged to differ, seeing the transaction for the abomination it was: a betrayal of the university’s ideals and principles. They protested at the Vice-Chancellor’s door, unwilling to accept the abuse of power, the invoking of emergency measures unused in the university’s 153-year history to circumvent the process for syllabus change and succumbing to political pressure.

A political party demanded an immediate change in syllabus, and Mumbai University provided deluxe service via express delivery, making the book disappear the very next day.

For days, the Vice-Chancellor said nothing, offered no explanation. He is, we are told, a PhD in statistics – a useful subject for dealing with permutations, combinations and probabilities but silent on the matter of moral responsibility.

In this sorry spectacle of book burning and book banning, the Shiv Sena has followed its depressingly familiar, tediously predictable script of threats and intimidation that Mumbai has endured since the organization’s founding in 1966. But it is the expeditious decision by Mumbai University that causes profound dismay. After his long silence, the Vice-Chancellor has now stated that he, in fact, followed the correct procedures, and the decision was taken by the Board of Studies. The outgoing Board of Studies, to be precise.

More bobbing, weaving and slippery behaviour is no doubt in the offing. But one thing remains: A political party demanded an immediate change in syllabus, and Mumbai University provided deluxe service via express delivery, making the book disappear the very next day.

The university, in the person of the Vice-Chancellor, occupies an exalted position in civilized society, to champion academic independence and freedom of expression. Instead, Mumbai University has come perilously close to institutionalizing the ugly notion of self-censorship. The Vice-Chancellor knows what he must do to remove the stain.

Civil society has responded, in Mumbai and elsewhere, with questions and petitions, with outrage, humour and wit; it is inspiring to see . . . Who knows, it may even educate the main actors about the workings of a real democracy.

This sordid story, however, does have a bright spot. Civil society has responded, in Mumbai and elsewhere, with questions and petitions, with outrage, humour and wit; it is inspiring to see. The stand taken by teachers, students, citizens’ groups, bloggers and journalists is exemplary. Who knows, it may even educate the main actors about the workings of a real democracy.

As for the grandson of the Shiv Sena leader, the young man who takes credit for the whole pathetic business, the literary critic who admits to not having read the book, just the few lines that offend him and his bibliophobic brethren, he has now been inducted into the family enterprise of parochial politics, anointed leader of its newly minted “youth wing.” What can – what should – one feel about him? Pity, revulsion, disappointment, compassion? Twenty years old, in the final year of a BA in history, at my own alma mater, he is about to embark down the Sena’s well-trodden path, to appeal, like those before him, to all that is worst in human nature.

Does he have to?

No. He is clearly equipped to choose for himself. He could lead, instead of following, the old bankrupt regime. He could say something radical – that burning and banning books will not feed one hungry soul, will not house one homeless person, will not provide gainful employment to anyone (unless one counts those hired to light bonfires), not in Mumbai, not in Maharashtra, not anywhere, not ever.

He can think independently, and he can choose. And since he is drawn to books, he might want to read, carefully this time, from cover to cover, a couple that would help him make his choice. In fact, the Vice-Chancellor, too, may find them beneficial.

First, Conrad’s Heart of Darkness, in order to consider the options: Step back from the abyss, or go over the edge.

After that, the Nobel laureate Rabindranath Tagore’s sublime Gitanjali. And I would urge particular attention to this verse:

Where the mind is without fear and the head is held high; Where knowledge is free; Where the world has not been broken up into fragments by narrow domestic walls; … Into that heaven of freedom, my Father, let my country awake.

Rohinton Mistry is the recipient of the 2012 Neustadt International Prize for Literature, marking him as one of the most important contemporary writers in the English language. He is the author of three novels: Such a Long Journey, A Fine Balance, and Family Matters, all shortlisted for the Booker Prize, and a collection of short stories and chapbooks. His fiction has won, among other awards, the Giller Prize, the Governor General’s Literary Award, the Commonwealth Writers’ Prize for Best Book, and the Los Angeles Times Book Prize. His work has been published in more than 30 languages.

This letter was originally published in the Oct. 20, 2010 issue of the Globe and Mail.

Following earlier collaborations with the University of Toronto Faculty of Law’s International Human Rights Program (IHRP) in Mexico and Honduras, we will be compiling a report on freedom of expression in India. You can find copies of the PEN-IHRP special reports here.