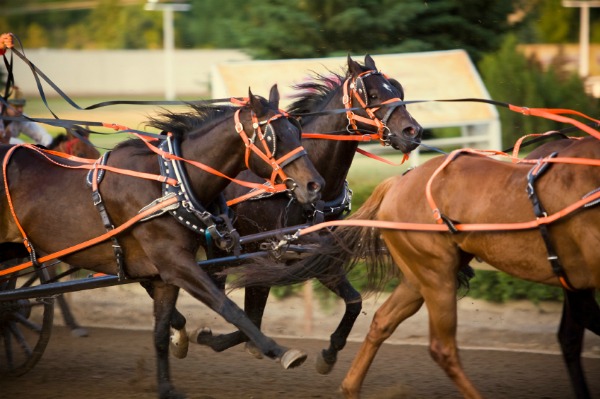 In 1996, Karen Connelly decided to host a reading event in Calgary to fundraise for PEN Canada. The following is her description of the experience from the time she conceived the idea to the event’s post-mortem at a saloon. The writers in prison whom she mentions are Ken Saro-Wiwa and Ma Thida. Ken Saro-Wiwa was a Nigerian author and human rights activist who was arrested and, despite an international campaign by organizations like PEN Canada to have him released, was executed in November 1995. Ma Thida is a Burmese author and physician who in 1993 was sentenced to 20 years in prison for supporting the pro-democracy movement led by Aung San Suu Kyi. She was released in 1999; since then she has continued to write and practice medecine in Myanmar, along with travelling internationally and holding fellowships at Harvard and Brown University.

In December, I returned to Calgary from a West Coast book tour with one thing on my mind: now, I will rest. As usual, a stack of mail awaited me. I sat down to pay bills and answer letters.

I read the most recent PEN newsletter with interest, because I always do. In November, like many of us, I had been deeply disturbed by Ken Saro-Wiwa’s murder. At the time, I had thought, this can’t have happened. But it did happen. It is happening now. (In two days I leave Canada for SE Asia. I have been reading PEN updates from Burma and Vietnam. Ma Thida has already served two years of a twenty-year prison sentence. She is two years older than me. If I lived in Burma, who would I be, and where? If I were in prison, what would I be eating? Would I be sick?)

Like many of us, I had been deeply disturbed by Ken Saro-Wiwa’s murder. I had thought, this can’t have happened. But it did happen. It is happening now

In November’s newsletter, there was a short article from Nino Ricci about PEN’s state of affairs, the drive for expanded membership, the magical Strategic Plan. I read with increased interest about his Secret Agenda, that of making PEN less Toronto-centric.

I had promised myself: no more non-writing work, no more readings, and absolutely no more interviews. But within fifteen minutes, I had tracked down Greg Hollingshead’s number in Edmonton, and was making a list of media contacts. I was planning a non Toronto-centric event for PEN!

When I called Greg Hollingshead and explained my idea, he said, “Ah, PEN. Nino sent me a membership application a while ago, but I still have to fill it out.”

“Well, this is perfect. What an entrance! Your membership card won’t even be processed and you’ll already be doing a fundraising reading.”

We figured out a date between his teaching schedule and my departure for Asia. He agreed to come all the way from Edmonton (it’s farther than it looks on the map) and even to spend the evening in my humble spare room (mattress on the floor and recyclables in the corner). I called Suzette Mayr, a young Calgary writer who’s just published her first novel, Moon Honey. She agreed to be a reader as well.

So. There. Three readers. But I didn’t have a place for us to read. There was a bar. Too noisy. There was a coffee shop. Cappuccino machines. There was one library room. Not big enough. Finally Marianne Bredin at the Calgary Public Library came through with the Library Theatre at the Castell Branch.

Then I realized I had forgotten something rather important. I called PEN in Toronto to ask if I was allowed to do a fundraising reading. Chris said, “Wow. I think that’s okay. Isobel will call you back.”

Isobel called me back with a trace of disbelief in her voice. “You’re in Calgary right?”

It was a fascinating reminder of how animal-like an audience is, how it moves and responds unpredictably, with an energy uniquely its own

“Right. Not Toronto. When I look out my kitchen window, I see people riding horses.”

There was a long, overly serious pause on the other end of the line.

“Isobel,” I said. “That’s a joke.” We both started to laugh. (I want to note that I endured all kinds of Toronto-centrism throughout this whole experience, and I enjoyed every second of it. And lots of frustration because I don’t have a fax machine, and my answering machine doesn’t work, and probably never will again. Here in the West, we just aren’t as advanced when it comes to technology. But you should see us shoe horses.)

A month later, after the posters, the interviews, various calls to Suzette, Greg, Marianne at the library, Peter Oliva at Page’s Books, we were ready. Before the event, the readers and various friends gathered for supper at a Thai restaurant. Greg and I had never met before: he shook my hand thinking I was Suzette, because Karen Connelly was blonde. (Hmm. What does this mean?) Suzette arrived (she is a woman of colour) and assured Greg that she wasn’t Karen Connelly. My mother arrived and assured everyone that I had never, not even for one day, been a blonde. Then she asked me clandestinely if Greg Hollingshead was married. He is. After a wonderful meal, we all proceeded to the library.

I became terribly nervous. There were more people than I had expected. There was a CBC camera and a few lights. They wanted to tape and film the whole reading. They were asking me questions about politics and censorship and PEN. I was official, suddenly, and it felt strange, and big. Really, it felt big. And it worried me. If I made a mistake others would be implicated. PEN would share the embarrassment when I failed to turn on the microphone and accidentally turned off the CBC’s recording device on the podium. And, in the tumult of the evening, I had forgotten to put out the petition on behalf of Ma Thida! And I forgot to go to the washroom before going on stage. I was glad Marianne Bredin was so gracious, so organized, and so used to making things work. (I can’t thank Castell Calgary Public Library enough for their contribution to the success of this endeavour.) We were all seated on the stage, to the left of the podium. After saying a few (nervous, breathy, serious) words about the history and current work of PEN, I introduced Suzette Mayr, who read a funny, slightly racy passage from Moon Honey. Everyone who heard her that evening will never think of corned beef the same way again. After the applause died down, Suzette introduced me. I began my reading from Breathing Fire, an anthology of young Canadian poets. What I read, in fact, was Shannon Stewart’s beautiful poem “Circle Jerk.” The first time I heard Shannon read this at the Vancouver Writers’ Festival, it brought down the house. People loved it, which is why I decided to read it as an opening work. So I learned the hard way: there’s a huge difference between a Calgary and a Vancouver audience.

An event of this nature draws people together. Not only to those within our own communities, but to the unseen writers, editors, publishers who have been imprisoned for their work. It brings them into the now of our own lives

Aside from a few embarrassed titters in the front rows (which were occupied by a family and a few women friends), a kind of polite, silent horror emanated from the crowd. They didn’t know how to respond to the work, even though I was laughing as I read it. I mean, it’s a funny poem. Dammit! But I guessed it wasn’t funny enough. When I finished reading it, I plunged ahead and read a couple of love poems, which seemed to further stun the crowd.

But it think it was a good stun. We discussed it later at the Auburn Saloon (where the frosty horses stood outside at the hitching posts, breath like ghosts rising above their heads). Some thought it wasn’t appropriate to read a poem called (and, worse, about) “Circle Jerk,” but I argued that PEN is an organization that supports and fights for freedom of expression. And expression can, and should be, EXPRESSIVE. Of all kinds of things, including sexuality. Including women’s sexuality (which is what Shannon’s poem is ultimately about). Yikes! Is it just Alberta or would the reaction have been the same in Toronto? Or better? Or worse? It was a fascinating reminder of how animal-like an audience is, how it moves and responds unpredictably, with an energy uniquely its own.

Fortunately, the audience responded very well to Greg Hollingshead. He was the last reader, and he read a passage from “The Death of Brule,” a short story out of his collection The Roaring Girl. It was, at turns, beautiful, sad, and very funny.

Afterwards, there were book signings and conversations that eventually moved over to the Saloon, where we elbowed out enough space in the crowd to drink martinis—oops, I mean beer and whiskey—exchange and sign books, and argue and talk. We closed the Saloon down.

I hope to make the PEN fundraiser a tradition in Alberta, and hopefully in other provinces as well. With a little extra effort, a regular reading can turn into a fundraiser, and widen the public’s awareness of PEN and its work. Hopefully, this will lead to an increase in private donations.

And, most importantly, an event of this nature draws people together. Not only to those within our own communities, but to the unseen writers, editors, publishers who have been imprisoned for their work. It makes them real, in real need of our attention, our concern. It brings them into the now of our own lives, reminding us that they are really there, on the other side of the wall, praying for a freedom which we possess in abundance.